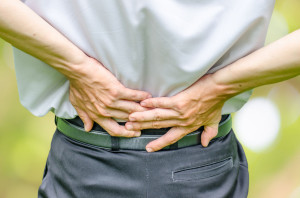 The long-awaited Gallup-Palmer College of Chiropractic Annual Study of Americans is out, and with it, confirmation that doctors of chiropractic are not alone in their mission to find a viable alternative to treating chronic pain with opioids.

A study completed by 6,305 Americans 18 and older between February 8 and March 13, 2017, one of several cited in the 34-page report, found that 78 percent of American adults preferred to try other ways of addressing their physical pain before taking pain medication prescribed by a doctor.

Other findings, drawn from a July 2016 telephone survey, show that Americans largely blame the pharmaceutical industry for encouraging doctors to use opioids – 55 percent – and doctors overprescribing painkillers to their patients for the epidemic – 53 percent – for what they called a “severe crisis” that led to more than 33,000 deaths by overdose in 2015. More than 22,000 of them involved prescription drugs such as oxycodone, hydrocodone, codeine, morphine and fentanyl.

The need for pain relief is real, the report concluded, noting that 64 percent of all Americans will reach out to a healthcare professional for treatment of back and/or neck pain in their lifetime.

In general, Americans feel doctors of chiropractic have their patient’s best interest in mind and believe they are trustworthy. Eight out of 10 Americans think chiropractic care can help a great deal in easing back and neck pain.

The report concluded on a positive note, citing new guidelines put in place by the Joint Commission and the American College of Physicians that encourage hospitals to offer non-invasive, drug-free treatments such as chiropractic care to patients before prescribing opioid painkillers.

Click here to read the report in its entirety. The study is a joint effort of Gallup, respected for the analytics and advice it has given organizations on issues, and Palmer College of Chiropractic, founded in 1897 by D.D. Palmer, who first discovered chiropractic. 4 benefits of chiropractic care
No Responses.