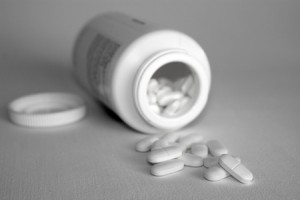 Are you ready to get the word out?

We’ve become, in the past few years, inundated with the effects of rampant opioid use, from stark statistics that tell us 91 Americans die every day from an opioid overdose to the high-profile deaths of popular celebrities such as Prince and Michael Jackson.

Yet, despite the growing awareness, the abuse of prescription painkillers and other opioid drugs continues to increase at a frightening pace. The number of overdose deaths involving prescription opioid painkillers has quadrupled between 2000 and 2014. It’s not enough to point out what’s wrong; it’s time to offer solutions.

People need to hear about chiropractors such as Dr. Sean Drake, who following a car crash in college became addicted himself to painkillers. He met a chiropractor who within a month weaned him from the opioids and inspired him to become a chiropractor himself and help as many others as he could through the current epidemic.

Sponsored by the Foundation for Chiropractic Progress, this national campaign will raise public awareness of chiropractic care as the first-line approach to safe and effective management of low back, neck and musculoskeletal pain.

Here are ways you can take part: Do I Need Chiropractic Care? 3 Signs You Should Be Seen
No Responses.